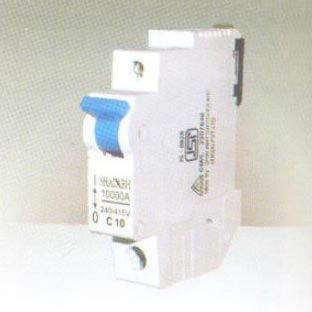 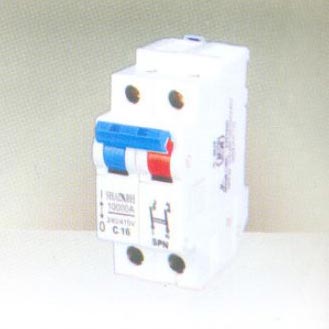 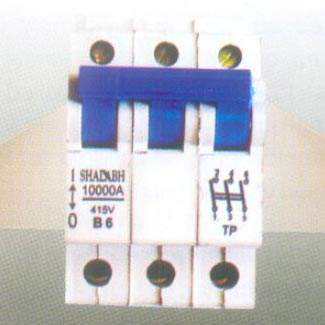 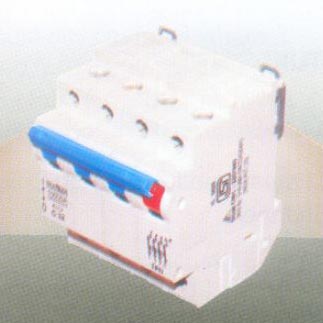 Designed With Consideration To

'SHALABH' MCB, a compact designed device to cope-up with complexities of modern electrical installations with high safety features to give protection against hazards in dual ways, i.e.

A circuit breaker is both a circuit-breaking device which can make, withstand and break circuit whose intensity is at most equal to its normal current and a production device which can automatically break over-currents which may occur as a result of faults in installations.

Over-currents are detected by three different devices
Thermal for over loads, magnetic for short circuits and electronics for both thermal and magnetic releases which are usually combined (thermal and magnetic MCBs), use a tried and tested, low cost technology but provide less flexibility and adjustment than electronic release. Thermal release consist of a bimetallic strip which bends when heated beyond the normal operating values, thus releasing the lock which holds the contact. The reaction-time of a bimetallic strip is in reverse proportion to the magnitude of current.

Tripping Characteristics
'SHALABH' MCBs are available with two types of tripping characteristics for different types of applications. Suitable for use in installations with a low and steady current generally for domestic and non-inductive loads like Heaters, Ovens,GLS Lamps,etc.

IS: 8828-1996 has recognized the growing importance of limiting power loss in switchgear devices and stipulate maximum permissible power loss values per pole for MCB. 'SHALABH 'MCBs have power loss figures of 30-70% of the stipulated values which contribute significantly to energy saving.

Safety
The terminal screws are well recessed to avoid any unpleasant accidents.The terminals are 'Finger-safe'.

Simultaneous Tripping of all Phase in Multi-Poles
Overloading or short-circuit trip in one phase causes simultaneous tripping in 'SHALABH' multiple MCBs, preventing damage due to single phasing especially in motor circuits.

Padlocking/Sealing Arrangements
This arrangement is possible in both ON and OFF positions. This eliminates the hazards of closing when persons are working circuits as well as the nuisance of manual tripping when it is necessary.

Breaking Capacity
10000A for the complete range from 6 A to 63 A in Single and Multi-poles.

To enquire about the desired product(s), just check the box and then click âï¿½ï¿½Inquiry Nowâï¿½ï¿½ button which is provided below.